When It's Time for a Time Capsule!

When It's Time for a Time Capsule!

When does a community place a time capsule container?

Any time they want to! Photo shows city of Covina, California placing their time capsule in 1986. It's our inaugural date as a company, too. We've provided time capsules for some 30 years.

It's April 8 and we never see the date come and go without thinking of the date we observe as the beginning of our company. It's the date of one of our more important Time Capsule Occasions. On April 8, 1986, the city of Covina, California chose to celebrate its centennial of founding. Along with the year's festivities, the mayor's time capsule was a primary focus. We helped with that project. We donated our time and materials to help them with the container they already had. That was the beginning of our interest in time capsules, and in the years to follow, a time capsule company.

City residents ask, "Why did our city celebrate a centennial in 1986? Covina incorporated in 1901. That's only 85 years!" But that's a centennial of incorporation, not founding. In 2001 they could have done another one if they wanted to do so.

But you don't need to celebrate time capsule occasions on any set date. Joseph Swift Phillips recorded the Covina township in Los Angeles at 3:01 pm on April 8, 1886. And at a little past 3 pm on April 8, 1986, Mayor Charles Colver addressed the crowd that assembled in front of City Hall. "About now 100 years ago, Joseph Phillips was getting ready to return to Covina by horse and buggy," he said. "Of course, it would be nighttime before he would get back here."

In 1987, the City Council of nearby Baldwin Park chose to celebrate their centennial, too. The city incorporated in 1956. Said Human Services Director Lee Lucas, "Lucky Baldwin filed the first tract map. Community leaders created the first school and water district. It's the year we became a community."

It's popular for cities to dedicate a time capsule during their inaugural year just after they incorporate. The city of Federal Way, Washington incorporated in 1990. They included mementos from their first year. But they also included information about why they incorporated. Future residents will find such whys interesting when they open the capsule at their 50th anniversary. 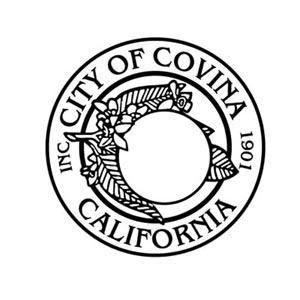 In 1990, Alta Loma, Cucamonga, and Etiwanda merged to form one California city. Called Rancho Cucamonga, the city dedicated a new Civic Center on July 4, 1990. At that time they placed a time capsule inside the building with a plaque to commemorate the occasion.

Any time is ripe when you can get a group of citizens involved!

These are just a few of our first customers and why they chose their time capsule occasions. I'll write of more in future posts. But today is our company's official anniversary (and Covina's 129th unofficial one). Covina's 1986 Centennial may get the prize for 'Most Creative Reason to Celebrate.' Mayor Colver may have thought it up. He was a history buff and loved talking about Covina's history. It was natural for him to want the celebration during his watch as Mayor.

But you know, it was a lot of fun for the rest of us who were around in 1986. So, I would say, any time is ripe when you can get a group of your citizens involved. A similar time capsule size would be our current Earth 10" x 8" x 18" Time Capsule Box.