What of the media messages we are all so familiar with? With these fragile, made-for-a-moment items be of any interest at all in the next century or beyond? In the 1980's, columnist Jack Smith wrote an article about this, “There is no better window on the past than an old newspaper.” Someone had just given him an old issue of the LA Daily News for October 11, 1954 that had been lining a box in her closet for 34 years. While the news pages were missing, ads and mundane items such as sports and entertainment news, were intact. Giving him pause to reflect upon only 34 years ago, this partial issue of a newspaper allowed Mr. Smith to remember fondly and write about old movie stars like Humphrey Bogart, sports greats like Y. A. Tuttle, and words from the 1954 political campaign from Adlai Stevenson.

“The ads can give a feeling of missed opportunity,” he says. A Southern Pacific Railroad ad shows a family of four boarding the Golden State for Chicago. At the May Company, a cold wave permanent cost $5.95; and one could dine at a local fancy restaurant for only $3.25.
Always include newspapers on or near the day of dedicating your time capsule - or near time capsule burial or placement. Include full issues and any ads that come along with the issue. You might need to purchase an issue at a newstand, which is not free but reasonable in cost for what you get. Newspapers purchased are more likely to be in better condition than those thrown on the driveway and left for hours in the sun.
Why is a newspaper important as a time capsule item? It is a written form of what the media is writing for people in your community to read, and the time period is now. It has information on local and national current events. The events they write about will no longer be current when the time capsule is opened, however. But what better way to find out if the news has been 'fake' then to see what the articles look like many years later, with the perspective of forensic history?

Another reason to include newspapers is that they may be scarce or not in existence by the time your time capsule is opened. Estimated cost: $1.00 or less.

2: Include a Scroll or Handwritten Notes

Get a long piece of high quality white paper, and place it at an important event. Call it a Scroll. Have a few persons begin to sign it with their names, but have them leave more than a signature. Suggest that the person write a short message to his future self or children. People who sign the scroll after those first examples will follow suit and leave short messages along with their names, too. 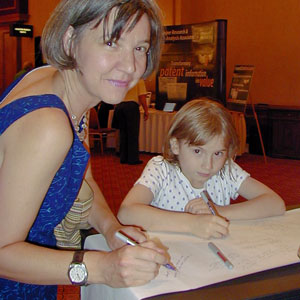 In 1998, the city of Mill Valley, California included "A Message for the Future" scroll signed by participants at their groundbreaking celebration for their new library addition that year.

Why would a scroll be important as a time capsule item? It is a hand written greeting card to those of the future who will open the time capsule. They are expecting a message of sorts, and the scroll will have those of today who are signing their names and giving a message that is meaningful to them.
Another way to do this is to hand out 3x5 cards or 5.5x8" sheets of paper for your participants to write their messages on. Estimated cost: $5 or less. We have also seen customers sell the privilege to donors, to help pay for the time capsule container (or fancy cake).

3: What about a Future Membership Pass or Tickets to an Event?

Ask organizations in your area for something unique and different. In 1997, the city of Baltimore, Maryland included a free ticket to visit their Zoo in 2097. Such future tickets will be worth more in the years ahead, if the organization is still around. 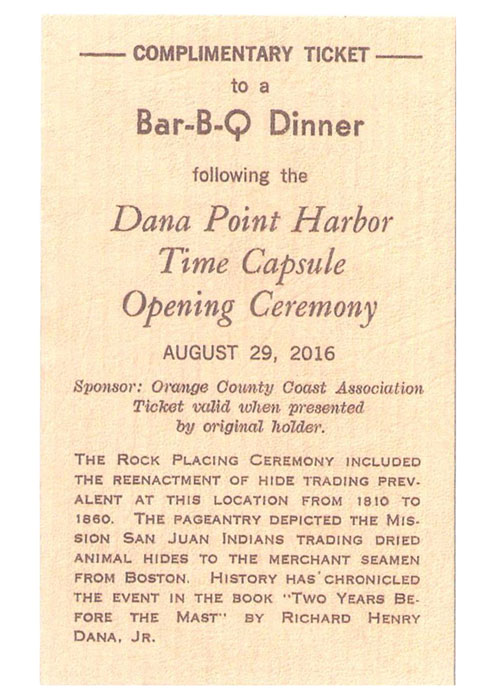 The Baltimore Museum of Industry included a membership pass good in 2098 only - and through December 31, 2098 (one year from the intended time capsule opening). Estimated cost: $5 or less (and often free, if donated by the organization).We think you should make it good for at least one year past the intended opening of your time capsule!
Shown here is a photo of a ticket to a Dana Point time capsule event. If such tickets are used during your event, you could include one or two. If numbered, consider the first in the series.

Reach out to local schools to give you essays on the local area or typical day in their life. In 1997, Baltimore school children asked, "What makes Baltimore 'Bawlmer' in 1997?" They held a contest and had winners whose essays were guaranteed a spot in the capsule.
If you have lots of space, you could include all of the essays you receive. Estimated cost: $5.00 (whatever the cost is to reach out, provide the paper, and collect the items). 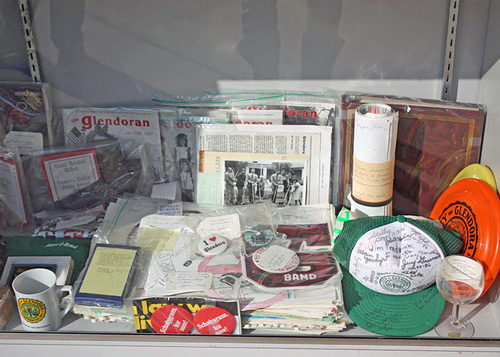 Physical maps of your local area will always prove interesting in the future because they will change over time due to ownership and street changes. In 1998, the city of Hayward in California included a 1997 street and route map from Richmond to Fremont as well as an Amtrak timetable from that year. Estimated cost: $5.00 or less.

One of the most popular time capsule ideas to come up with is the current forms of money. It may be nicer for the future recipients to have uncirculated versions of coins (such as a coin set) rather than a sampling from your purse or pocket, but with some care you could come up with nice versions of the coins and paper money. Reach out to a few local banks or senior citizens centers. Estimated cost: $1.41 for the coins. 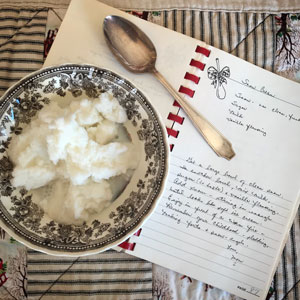 Keeping along the lines of food (without actually being food - which is not recommended to place into time capsules) - is a cookbook. The First African Methodist Episcopal Church of Los Angeles included their FAME Family Cookbook in their time capsule from the year 2000. Cookbooks are not only popular fundraiser items, but they also have actual recipes from the community they represent. We can see the future recipients trying a dish from the cookbook they just opened up, perhaps at a celebration of the anniversary or as part of a celebration luncheon or dinner. We do not recommend that you include the actual food, however. Unless it's prepacked like the MRE (Meals Ready To Eat) - it is likely the organic material will deteriorate and not be packed well enough to keep the items from contaminating the other items inside of your time capsule. Estimated cost: free if donated, or about $10.
Remember that your time capsule items need not be expensive. They should prove interesting, but you don't need to break the bank to do it. These 8 ideas alone are often free, or if you need to purchase them, are estimated to cost less than $35. And you will likely think of some other ideas for your time capsule contents while you are gathering these.
After you choose some of your contents, consider one of our time capsule packages. You'll get not only a container to protect your items over time, but you'll get a preservation kit with the proper supplies to use to protect those contents as well as an outdoor quality plaque to mark where you place the time capsule. You don't want to lose track of it over time!
It's not easy to see the future, and certainly you don't know if that 1988 Baseball Rookie card will be worth anything at all in 50 years - especially in the light of the steroids issue for baseball players in the 1990's. Stuff happens, and you can't let the worry of it make you crazy when it comes to choosing your time capsule contents!
Previous Post
Next Post 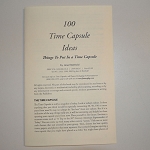 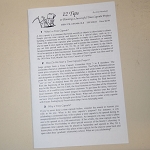